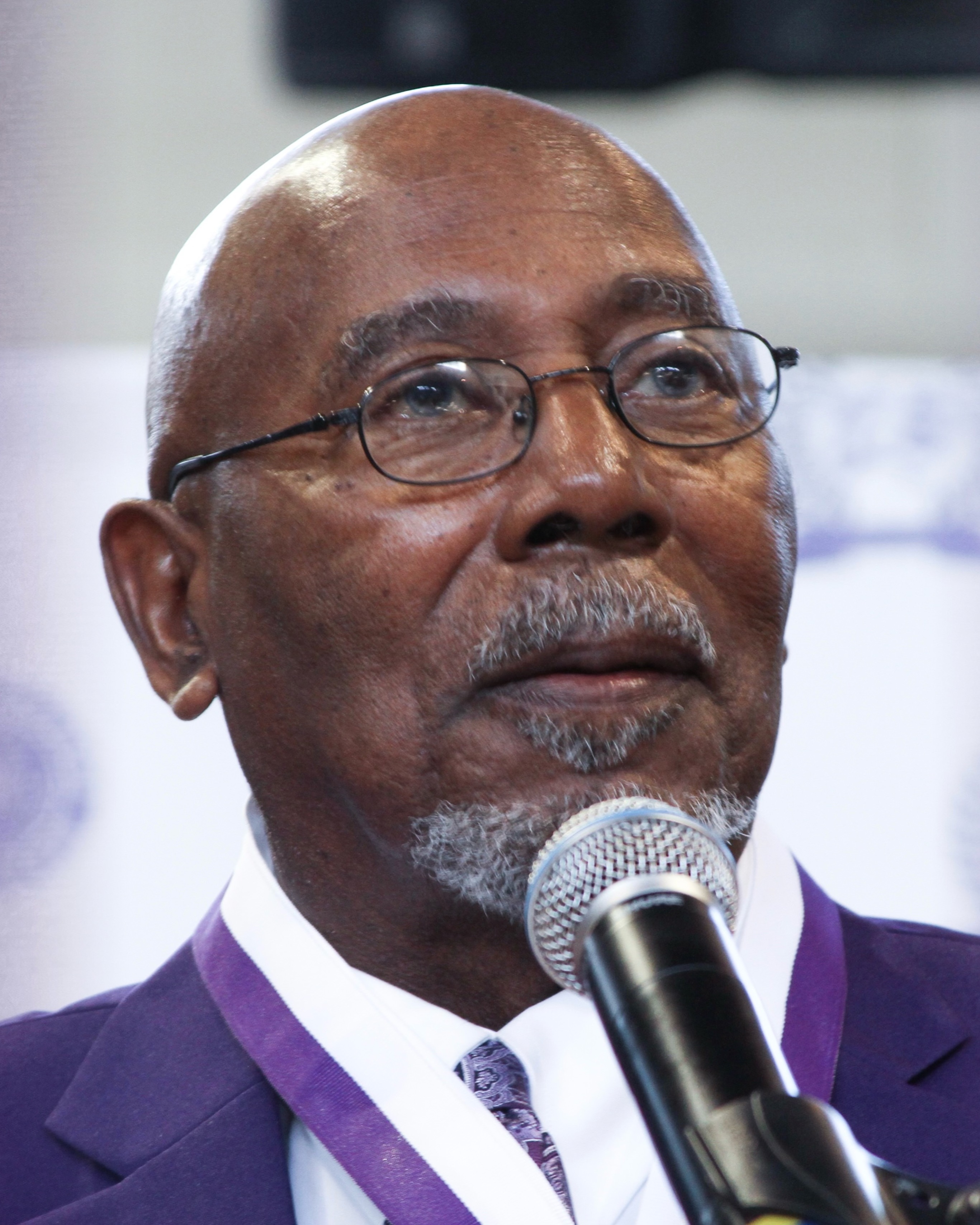 Edwards Small Mortuary announces with our deepest sympathy the passing of Mr. Calvin Davis.  Mr. Davis entered into eternal rest on Saturday, November 26, 2022.  Our sincere condolences to the family and friends.

Calvin Davis, born in Fort Valley/Peach County, Georgia and more recently of Jeffersonville, GA passed away on November 26, 2022. He was the middle child of Robert Frank Davis and Mary Belle Ragin, who passed away when he was only six years old. Calvin was also preceded in death by his parents; his wife Connie Jackson Davis; three brothers- Robert, Rudolph, and Ernest; niece, Anita Hogan; nephew, Larry Revear; nephew, Tony Davis; and grandnephew, Dominique.

As a young boy, Calvin moved to Perry to live with his grandfather/Papa, Willie Frank Ragin on his farm. There were some of his early lessons hard work, discipline, and the importance of an education. He got up early, feeding animals, milking cows, and studying hard. Papa was a self-educated man, without much formal education, but he was a community leader, respected by everyone, black and white. Observing Papa and members of his church, Trinity Baptist Church gave him a template of how he wanted to live his life.

He moved back to Fort Valley for High School and excelled at sports. Calvin lettered all four years in basketball, football, and track at H.A. Hunt High School. He set records in track. His hard work and talents took him west on a full scholarship to Wiley College in Marshall, TX. There, he won all his high- and low- hurdle events each of his four years, as well as at all S.W.A.C. (Southwest Athletic Conference) events during this time. As a result, he was named All- S.W.A.C. for three years and ranked 7th and 8th nationally by the N.C.A.A. and the National Association of Intercollegiate Athletics (N.A.I.A.) in 1957 and 1958.

Calvin truly believed that education is the key to success. Education could be college or learning a trade, but lifelong learning is essential. He worked hard to be the first in his family to obtain a college degree, which was at least as important to him as the training he put in to become the best in the southwest in low- and high-hurdles. He excelled both, on the field and in the classroom and graduated on time from Wiley College with a degree in Biology, Health and Physical Education in 1958. Calvin was inducted into the Texas African American Sports Hall of Fame (2004) and into the Wiley Athletics Hall of Fame (2015). In 1959, Calvin entered the armed Forces Special Services and was able to use his skills and his degree to coach track and football, and to run track and play basketball.  He won the hi – and low- hurdles championships with ‘all-5th, Corp and’ All-8th Army Teams.  Calvin continued his education and earned a Masters Degree from Fort Valley State College University.

Calvin was a self-described poor country boy. In fact, his was the image represented in an early 1940s anti-poverty campaign in Georgia –” Help 1,000,000 Georgians help Georgia”. The campaign picture was taken by the first President of Fort Valley State College (University), Dr. Horace Mann Bond (1939-1945) This image was used on the stationery of Fort Valley State College (University) for some time. Even so, he was a true Renaissance man; he traveled across the country with his track competitions, and he traveled internationally -- to Germany, Rome, Belgium, and France. He danced and listened to jazz a few times at the legendary Savoy Ballroom in Harlem while visiting with his sister in New York.. Uncle Calvin's special skills and talents leave a lasting memory and a profound legacy for us. Throughout his life and especially after retiring, he found joy in his interests in art, gardening, reading, listening to jazz, and politics. We will miss the phone calls and conversations we shared, especially when he learned of a new scholar or historical event, and the generosity and concern he showed for us all. He was a lifetime member of Trinity Baptist Church, the Wiley National Alumni Association, the National Teachers Association, and the NAACP. He was a member of the Texas African American Sports Hall of Fame (2004) and the Wiley Athletic Hall of Fame (2015).

He was a serious man, with a wicked sense of humor, and with a keen appreciation of the impact of our history in all our lives. He had swag.  Nurturing friendships, and gratitude were strong character traits of Calvin’s. He stressed that we all need each other in our lives and should take nothing for granted. The friendships he developed during his time at Wiley have lasted for almost 70 years. George and Mary Daniels became his adopted family, and he was like an uncle to their children, Danny and Glenda. He never forgot the many kindnesses shown him along the way and committed to pay-it-forward to his students, the youth in his family, and whenever he had an opportunity to encourage youth. There was not an ounce of pettiness in him He had a deep sense of dignity.

In Memory of Calvin Davis please consider making a donation to one of the following organizations:

To order memorial trees or send flowers to the family in memory of Calvin Davis, please visit our flower store.

Following the Celebration of Life