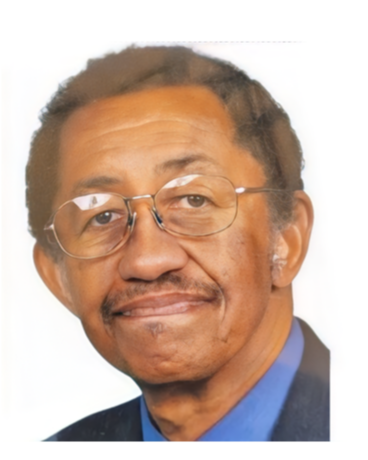 John M. Bentley, a native of Thomson (McDuffie County), Georgia, was born to the parentage of John Willie and Albertha Hamilton Bentley. He attended the public schools of McDuffie County and graduated in 1962 as valedictorian of his class with a straight A average.

Following high school, he enrolled in Fort Valley State College where he earned a Bachelor of Science degree in Secondary Education with a concentration in English.  During his undergraduate years, he was elected to Alpha Kappa Mu Honor Society and was the first of Fort Valley State College's students to be selected to attend the Harvard-Yale-Columbia Intensive Summer Studies Program. As a result of his selection, he spent a full summer at Yale University in New Haven. Connecticut.  As he was exiting his post-student teaching interview, he was stopped by a gentleman who introduced himself as the principal of Buena Vista High School (Buena Vista, Georgia) and who indicated that he needed an English teacher. Eager to get a job so that he could buy a car, he agreed to ride to Buena Vista where he was interviewed by the superintendent and hired on the spot. He looks back to his time at Buena Vista High School as a period when he not only enjoyed teaching but also made a number of life-long friends and met a wonderful woman to whom he has been married to for over 50 years. After three years at Buena Vista High School, he entered graduate school at the University of Georgia where he earned a Master's degree in Journalism with a concentration in Radio/Television Production. That degree led to his employment at Fort Valley State College as an Instructor of English. Later, he left the English Department and joined the Cooperative Extension Program as Editor and Information Specialist. He advanced through the ranks to the position of Head of Extension Communications and Interim Assistant Administrator of the Cooperative Extension Program. During this time, he built the communications unit from the ground up to a full-ORI service printing, graphics, and audio/visual production service in its own dedicated building on campus.

He retired in 2005 after 30 years with the Cooperative Extension Program and 33 total years at the now Fort Valley State University where was named Communications Director Emeritus. He returned to part-time work with the College of Agriculture at Fort Valley State University. Following nearly five years of part-time work, he established the JMBentley and Associates, LLC, a consulting firm specializing in proposal development. He modestly admitted that during part-time and consulting services he played a significant role in the university's having received grants of a "few million dollars" from the U.S. Department of Agriculture's 1890 Colleges and Universities Facilities Grant Program.

Nationally, he served a one-year appointment at the United States Department of Agriculture headquarters in Washington, DC where he assisted in the development of an outcomes-based planning, reporting, and evaluation program for the Cooperative Extension system.

In community life, he was a long-time member of Saint Peter A.M.E. Church where he served with the trustee ministry and sang with the A. D. Watson and Cathedral Choirs.

To order memorial trees or send flowers to the family in memory of John M. Bentley, please visit our flower store.